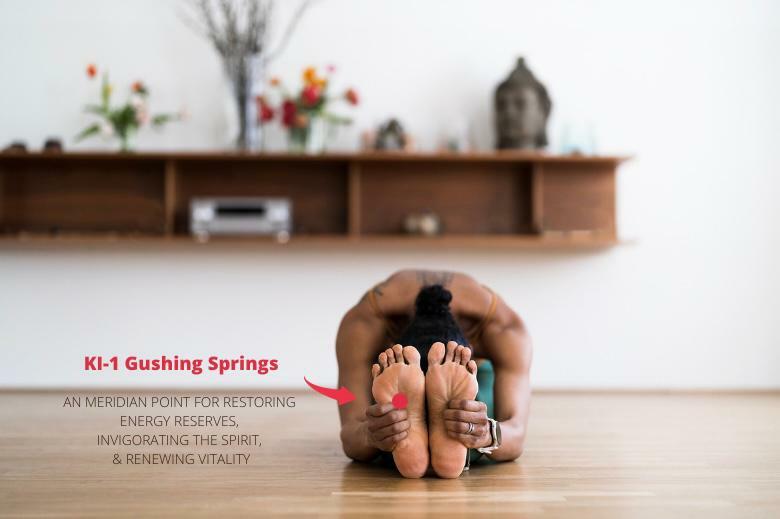 Yin Yoga is a style of Yoga that is the counterpart to the more dynamic Yang Yoga– these are the active practices like Vinyasa Flow, Ashtanga, and the likes, designed to work on the muscular half of our bodies, the “Yang” tissues.

Yin yoga allows us to work on the other half, the deeper “Yin” tissues– these are our connective tissues, ligaments, tendons, joints, the deep fascial tissues, the organs, and even the bones. It is the slower, more gentle kind of yoga that represent the soft, cool, and feminine aspect of the Self.

In Daoism, an ancient Chinese philosophy wherein the Yin Yoga is based, the life force is known as chi (Qi). The Daoists believed that everything has a yin and yang and the balance between the two forces is where the Dao resides. Although yin and yang are opposites, they are not absolutes — neither exists without the other, and they work together to create harmony. The primary goal of Daoism is to conserve, control, and manifest chi (Qi) to promote health and well-being by finding tranquility in the balance and the path leading to the center. When we leave the center, we take on the aspects of the yin or yang. Daoism parallels Vedanta, a philosophy of yoga practiced in India and Tibet that’s based on Vedic philosophy.

One of the unique aspects of Yin yoga is its incorporation of the energetic lines of the body, known as meridians. Meridian is the English translation of the Chinese word for channels that conduct energy throughout the body. These conduits form a network, which when blocked or disrupted, hinders the body's normal function. These are similar to the concept of the nadis from traditional yoga philosophy.

What is fascinating is that Japanese scientist Dr. Hiroshi Motoyama discovered that the physical structure of the way of the hyaluronic acid ran through the body directly correlates with the pathways of the meridians laid out by Traditional Chinese Medicine.

Dr. Motoyama discovered that when postures were held for longer periods, they stimulated the production of hyaluronic acid. It is believed that Yin yoga increases hyaluronic acid in the body and joints, therefore increasing the abundance of pranic energy for healing and health. It is believed that when there is a blockage in a meridian or energy channel, disease sets in. One of the main functions of the meridians is to promote the flow of chi throughout the body.

In China, there is a great concern over physical well-being and longevity and they named 71 meridians wherein 14 were the most important. Each of the 10 major organs has its associated meridian and the meridian may be yin or yang depending on the nature of the organ.

If you’ve ever wondered why a yin yoga class targets the hips so much, it’s for this reason in particular: the six lower meridians are yin in nature, therefore, accessed through hip-opening postures.

Learn more about the Energy Pathways and the Meridians. Feel the benefit of the Meridian Yin Yoga by joining our Meridian Yin Yoga class every Sunday from 19:00 – 20:30. You can also try the standard yin yoga classes that are offered in YogaKula, these yin yoga classes are offered in German and in English every Tuesday, Thursday, and Friday and see what appeals to you most. Check our Schedule to register for the classes.

YogaKula is one of the oldest yoga studios in Vienna and offers yoga classes in both German and English. The classes are carefully planned in a way that allows the students to progress steadily and simply from one place to another in their practice. Sequences are designed based on the style of yoga, the level, and condition of the students in the class, special themes, and the specific target area. Because of Yogakula’s central location at Karlsplatz, right at the heart of Vienna’s city center is easily accessible using public transportation.

Hope to see you soon in one of our yin yoga meridian classes: every Sunday 19:00!